When baby Prince George of Cambridge was taken home to Kensington Palace, he became the latest in a line of royal residents going back to William and Mary in the 17th century.

William III wanted to move away from Whitehall Palace, then the official London home of the monarch, because its location on the foggy Thames set off his asthma. The manor house at Kensington was on higher ground and much healthier, so Sir Christopher Wren was brought in to convert and extend it into a place fit for a king.

The arrival of royalty attracted many other rich and aristocratic second home owners, establishing Kensington as the area of wealth and prestige that it remains to this day.

The future Queen Victoria was born and grew up in Kensington Palace, which was celebrated in 1902 when the title 'Royal' was bestowed on the borough. During Victoria's reign one of the world's first gated communities was laid out next to the palace - Kensington Palace Gardens. The houses were almost as grand as the palace, each designed by prominent architects of the day including Sir Charles Barry, designer of the Houses of Parliament. Most of them became embassies or headquarters buildings in the mid 20th century, but recently several have been restored as magnificent private houses for billionaires including Indian steel tycoon Lakshmi Mittal, Russian oligarch Roman Abramovich and F1 heiress and businesswoman Tamara Ecclestone. The Saudi royal family and the Sultan of Brunei also have their London bases in the street.

The heart of the area is Kensington High Street, where several Art Deco department stores of the 1930s can be seen. They no longer have the retail power they used to, but the street remains a premier place for fashion.

The area to the west of Kensington Palace, Holland Park, takes its name from the remains of the Jacobean mansion of the Lords Holland. The house was a centre of political intrigue in the 18th century, and the area is still popular with politicians.
In the 19th century a group of artists including Lord Leighton and Hamo Thornycroft moved into the area, becoming known as the Holland Park Circle. Lord Leighton's lovely house and studio is now open to the public.

The biggest event in Kensington's history was the Great Exhibition of 1851. A prefabricated hall of cast iron and glass was erected in Hyde Park, where the Albert Memorial is now, and filled with the latest technology of the industrial revolution and arts from Britain and around the world. The exhibition made so much money it funded the building of the Royal Albert Hall and the South Kensington museums, one of the greatest museum complexes in the world.

South Kensington is full of grand Victorian terraces in the Italianate style. Many were converted into flats in the last century but the wealth now moving into this globally-popular destination means that many are being restored to single family homes. But now they are even bigger as floors are added on the roof and basements excavated below for media rooms, gyms and discos - all the spaces a modern lifestyle requires. Kensington today is still a place fit for kings (and future kings) to live.

"Andrew, Amy, Grant,
Just a quick note to say thanks for all of the work you put in for us in the last few months. Your valuation was one of the strongest we received at the beginning of this process, but in our view the most realistic. You guys came up trumps for us and we are really pleased to have worked with you.

Thanks for everything, we know the new residents will enjoy the place as much as we have. Thanks for a very professional service. Best wishes for the future." 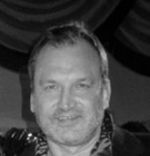